SG Digital's Spartacus Megaways is one of the most popular Megaways games at US casinos. Read our review below to learn where to find the best casino bonus to play. 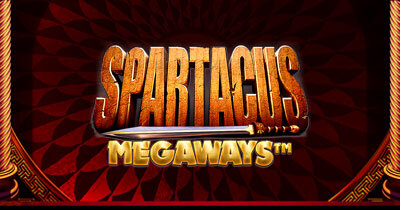 Spartacus Megaways is another entry into the favored ancient Rome and ancient Greece theme of slot games. The game was developed by SG Digital Games who have been in the industry for years now. As usual, we’ll present all the facts on Spartacus Megaways to help you decide if it’s worth your time and money.

How I Tested Spartacus Megaways

With each game that we review, we play the full version to experience everything the game has to offer. By spinning the reels enough times, we can see all the bonus features in action and get an impression of how often they occur.

The first part of the game that we analyze is the values. This includes things like the volatility, RTP, betting range, max wins, the symbols, and their payouts. RTP and volatility, in particular, can be essential factors in deciding whether to play a game.

Next, we finally look at what makes the game unique and fun to play. This includes going over all the bonus features and mechanics.

The last part is about the graphics and sound. Good visuals can make a game much more exciting and worth playing.

Play Spartacus With the Best Bonus

With the vast number of online casinos, it can be hard deciding where to go. That’s why we’ve listed a few of them below to help you decide. As always, we also include the current bonus offer at the casino.

Party Casino: Unfortunately, there’s no welcome bonus that’s currently offered. However, they have several ongoing promotions like cashback and cash bonuses when you wager a certain amount on slots.

888 Casino: Players always enjoy the no deposit bonus offered by 888 Casino. Simply by signing up, you receive $20. When you make a deposit, the casino will match it up to $500.

From our perspective, Mohegan Sun Casino currently offers the best bonus for players. You can get up to $1,000, and it’s all a straight 100% match. For new players who don’t want to risk much, you might consider 888 Casino due to the no deposit bonus that’s offered.

Here, we’ll discuss the values of the game, which include things like symbols, payouts, volatility, and RTP.

Spartacus was a gladiator in ancient Rome, with several movies and shows based on him. Not surprisingly, a lot of the symbols we see reflect that. You’ll find a warrior, tiger, helmet, sword, and an ax. The lower paying symbols are the letters A, K, Q, J, and numbers 9 and 10. All the payouts are shown below.

Spartacus Megaways offers a decent betting range. You can make low bets of 20 cents or go as high as $20. There’s an autoplay function too, where you can set a predetermined number of spins. You also have the option to select a loss limit before you start.

The RTP value is a solid 96.32%. An average RTP is usually 96%, so Spartacus Megaways does well in this regard.

Spartacus Megaways is a high volatility game. This means more consistent wins can be higher to come by. However, with the higher volatility also comes the potential for some big blowouts.

Hit frequency is a measure of how often you can get a win in a game. High volatility games are known for being much less consistent. The estimate of the hit frequency is around 1/3.31, which means in roughly out of three spins you should get at least one winning combination.

The maximum you can win is 12,500x your initial wager.

Spartacus Megaways is relatively well-rounded.
First, Spartacus Megaways has an excellent RTP value of 96.32%, which encourages players to give it a try. It’s also worth noting the one million potential megaways is higher than your typical megaways game. Besides the higher volatility, which can make it less consistent, the game does well in terms of the different values.

Now it’s time to talk about the mechanics of the game. This is usually the part that makes each game unique. Does Spartacus Megaways offer enough to stand out?

Wilds, Re-spins, and Other Features

Spartacus Megaways has the cascading reels feature. When you get a win, all the symbols from the winning payline will explode and be replaced with new symbols. In this way, you can get successive wins.

The wild symbol is a gladiator icon with the word ‘wild’ written across it. A wild symbol substitutes for other symbols to create a winning payline. It can’t substitute for special symbols like the scatter. The wilds only appear on reels two through five.

Spartacus Megaways also has expanding wilds. During the game, it’s possible for a wild symbol that appears to expand and cover an entire reel.

Free spins are triggered with the scatter symbol. In this case, it’s the amphitheatre shown above which has “bonus” written on it. You’ll need at least four of these to activate the free spins feature.

You then see a rotating wheel that can award between six and 12 free spins. During the bonus round, every wild becomes an expanding wild.

As you play the game, you’ll notice curtains that go up and down the reels. Any symbol covered by the curtain is considered inactive and doesn’t contribute to any payline. We’re a bit puzzled by the purpose of this, as it doesn’t seem to contribute anything positive.

With every cascading reel, the win multiplier is increased by 1x. While we were playing the game, the cascading function occurs fairly often, so it’s not hard to trigger.

The game doesn’t offer an option to buy any bonus rounds.

Players will find the usual features such as wild symbols, free spins, and cascading reels which are common with megaways games. However, there isn’t anything “unique” to this game. As we mentioned above, the curtain feature also left us wondering about its purpose. It only serves to reduce your wins.

When it comes to the symbols and background, they’re pretty detailed and polished. However, the environment might be a bit plain to some, and it’s hard to tell what we’re looking at.  There are two columns on the side, and it seems like it could be an arena of some kind, though we aren’t certain.

The sound is quite good, though. If you watched any of those old Roman or gladiator movies, you’d find a similar, dramatic soundtrack playing in the background. The symbols also make a satisfying bang when they explode.

Spartacus Megaways looks excellent on mobile devices as well. It’s optimized for mobile play, and you shouldn’t have any problems with it.

Solutions if You Have Some Issues With a Game

Before signing up at any casino or making a wager, it’s a good idea to try out the demo versions of the games first. This at least lets you know if the games will work appropriately on your device.

Next, make sure your browser and all related plugins are up to date. Having a good internet connection is also advisable to avoid lagging or slowdowns.

If you have trouble loading a game, often refreshing the page can resolve the issue. If problems persist though, then it’s a good idea to contact the casino customer support.

There are a few reasons we might recommend Spartacus Megaways, but ultimately there’s little here that’s unique or interesting. With many slots out there, this game doesn’t do a lot to stand out.

If you enjoy this particular genre, other games do a better job of showcasing it. One of our biggest complaints is the unnecessary addition of the curtain, obscuring certain symbols and taking them out of play. It doesn’t add anything positive to the game.

One of the main selling points is the one million megaways and the higher-than-average RTP. Realistically though, most players will never hit the upper levels of Megaways. This leaves the higher RTP, though there are arguably better games out there with comparable RTP values.

Ultimately Spartacus Megaways isn’t necessarily a bad game. However, slots have gotten much better in recent times, and this one doesn’t stand out. The best score we can award is 75/100.

Other Slots to Play if you like Spartacus Megaways Slot

If you enjoyed this game, check out more Megaways slots on our Top 10 List of the Best Megaways in the US!